Patchwork Arts Exhibition - Christmas 2019
This year is the tenth anniversary of the Patchwork Arts exhibition at the Antica Chiesetta della Cascina del Bruno. The appointment is for 23 and 24 November 2019. 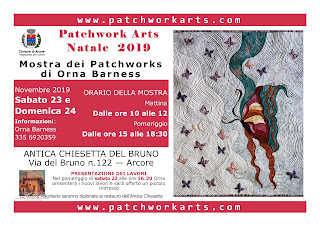 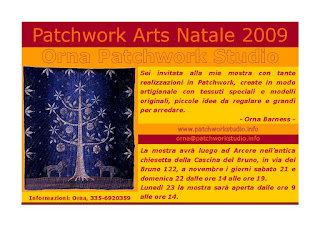 The exhibition
Exhibition of patchwork (quilt) created by Orna Barness using traditional and free style techniques, and their artistic variations. Realizations carried out with the use of modern tools for cutting, applying, sewing and quilting. Free entrance. 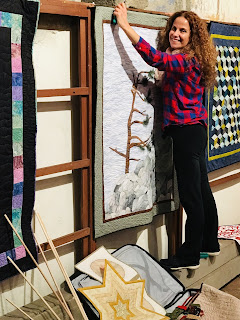 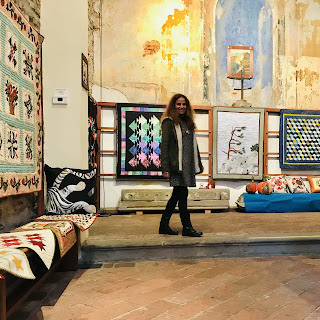 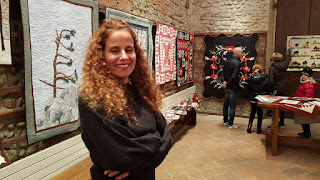 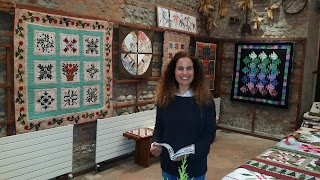 The origins of Patchwork
The quilting technique, sewing layers of padding and fabric, was widespread in America in the seventeenth century but has very ancient origins.
Patchwork or "pieced work" is a form of needlework that involves sewing pieces of fabric in a larger design.
The first basic shape was the square, but on top of the simple shape, dozens of combinations were realized, playing on the diversity of colors and designs of the fabrics and their combinations.
From the first piece of squared fabric, were developed new designs that are still in use today to build elaborate quilts. Four Patch, Nine Patch and all their variants, such as the beautiful Irish Chain.
Around the central square began to add strips of light and dark fabric, creating the famous Log Cabin. Even without today's precision instruments (a string was used instead of the meter), the variety of geometric shapes increased: squares were joined by triangles with more or less sharp angles, from simple rectangular triangles to the Mariner Compass, the rectangle, the rhombus, the hexagon and the circle.
To each new design (and its variants), a name was given, and this reflected the culture, the environment and the habits of the women who invented them.
Patchworks were then quilted with artistic design stitching, often to be included in the bridal clothes (trousseau).

The quilting bee was an extremely popular social event in the mid-nineteenth century. The quilting bee provided a social space for women to gather and gossip while they simultaneously expressed their artistic capabilities. The quilting bee was often times held in a grange hall or a church vestry room that allowed for a maximum number of 12 women to attend. Often times, the number of guests was limited to seven, who, with the host, made up two quilting frames, the equivalent of two tables of bridge. Good quilting in earlier times was a social requisite, and it behooved the ambitious woman to be an expert with her needle.
Often several quilts were finished in a single session that lasted all day. These sessions ended with a supper of roast chicken or turkey. The men usually arrived in time for the feast, after which there followed singing and dancing. Like so many established rural customs--apple-paring bees, corn-husking contests, and barn raising parties--the traditional quilting bee party carried with it all the social amenities. The event marked the successful completion of many months of laborious handiwork. The painting, The Quilting Party shows the final sewing in place of the many blocks and friendship pieces of the quilt. 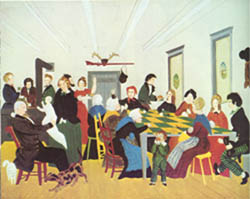 La Chiesetta Del Bruno
In the last ten years, the Patchwork Arts exhibition has been held in Cascina Del Bruno in the old church. The first exhibition took place in the old church on 21 November 2009.
It is said that the Cascina Del Bruno takes its name from the noble Cavaliere Del Bruno who, in the XIII century, took refuge in this place, fleeing from Dosso Del Brera where today the Franciscan monastery stands and once there was an important castle of the Valvassori Di Oreno. Federico, Cavaliere Del Bruno, from the family Della Torre Dei Valvassori named D’Oreno, was probably linked to the order of the Holy Sepulcher. The farmstead existed from more remote times when between 1222 and 1262 he found shelter there and a religious building probably existed. Giovanni Dozio (in Notizie di Vimercate, 1853) mentions the church describing it as unsafe and abandoned already in 1570. Pastoral visits to the church are recorded in 1581 and 1606. In 1847, the church was enlarged and was available again after a period of inactivity. 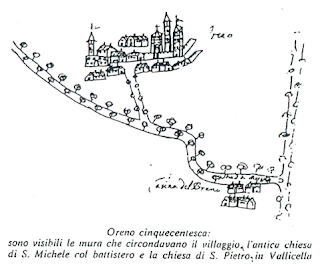 Starting from the 30s of the last century, maintenance work is no longer carried out. At the beginning of the 60s the new and modern church Del Bruno was completed and the centuries-old church was left to decay, which continued until 1994, when the structure was saved by the intervention of the municipality of Arcore, and the Circolo Amici Del Bruno who in recent years has continued to keep the building alive with cultural initiatives and events. 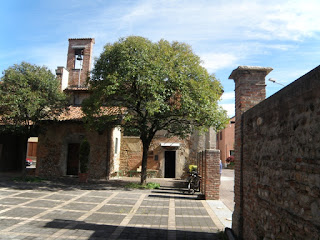 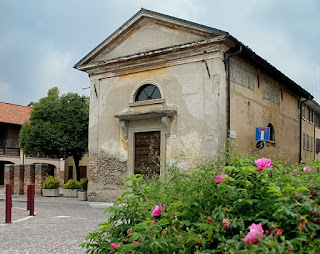 How to reach the exhibition
The exhibition is easily reachable from Milan via the east ring road (Tangenziale Est) A51 taking exit 20 Villasanta - Arcore, and proceeding along provincial road SP45. It is easy to get to the Cascina Del Bruno from the Bergamina roundabout or from the Beat roundabout and there is a large parking near the old church.

The surroundings
In the surroundings of the Cascina del Bruno there are various parks with easy paths where you can take wonderful walks. If the day is favorable, it is possible to start from the old church and go for a walk in the Parco Della Cavallera, traveling up to 4-5 km on agricultural paths and roads closed to traffic and flanking rural nucleuses made up of farmsteads of ancient origin. 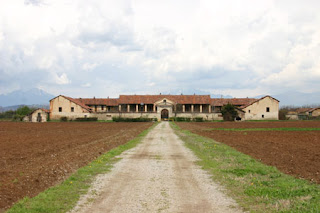 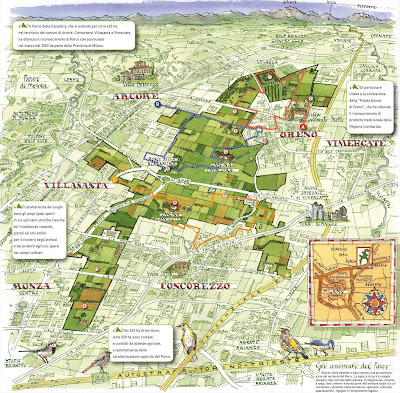 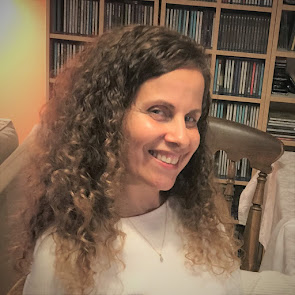 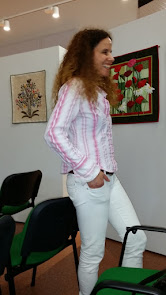 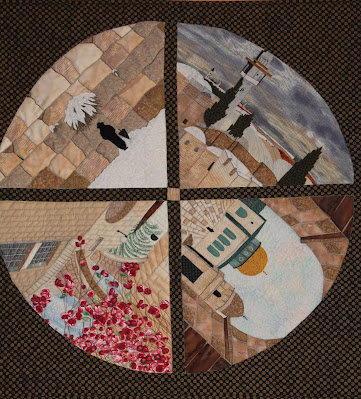